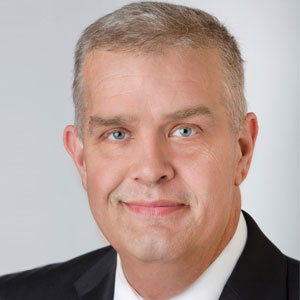 What good is the wireless network if, during a video gaming convention with 50,000 enthusiastic attendees sporting two or three devices each, we don’t have the bandwidth and infrastructure to deliver? These attendees post video, photos and interact with social media in ‘real-time’ as they share their experiences. During peak hours, we routinely observe wireless throughput in the 750+ Mbs range. User-heavy groups such as this will crush most networks.

In the convention center business, we see a variety of devices come through our doors.  For example, during an international seafood show last month, we supported the following devices on our wireless network:

It is important to note that these represent the devices of users who opted to connect to the free wireless we offer in our facilities only. This group does not include those who elected to stay on their own cellular data plan.

In my decade-plus tenure at the helm of the best technology team in the convention industry, we have replaced our wireless infrastructure five times. That is just the external facing Wi-Fi portion of the network! Numerous back-of-house upgrades supporting the 802.11 network have also taken place, including the installation of a 10-gigabyte dark fiber ring around Boston. This ring facilitates access to our Boston-based venues as well as future growth into the surrounding hotel community. Moreover, one of the stops on our fiber ring is a telecom colocation hotel with more than 40 providers. Since there is such a broad spectrum of bandwidth providers in Boston, we buy bandwidth as a commodity. Leveraging vendors against each other to drive the cost per megabyte down as far possible helps us remain competitive in the convention market. On the cost-benefit side of the coin, we can scale bandwidth up or down at a moment's notice. Before installation of this backbone, we would have to order additional circuits and bandwidth months in advance for events requiring larger than average capacity. Then we would have to test circuits, bring them into our management system and monitor vigilantly. After each show, we would then have to turn it down. Now, as needs dictate, we scale up or down with just an email or phone call to a provider. So much more efficient!

Over the past decade, we have seen the shift in wireless support moving from just providing enough signal to a device-to now providing enough bandwidth and capacity for our clientele to do real business. We also ‘eat what we kill’ as our staff relies upon the wireless network to do their business. They enjoy working ‘unchained’ from their desks and much more effectively through the mobile business solutions we developed with their needs (and our clients’ needs) in mind.

The convention business has a unique set of challenges. Since IT in the conference space is a revenue generator instead of a traditional cost center, our team has more support throughout the organization than a traditional business.  In fact, a facility's technology can be such a differentiator that a potential client may choose Boston over another city. The MCCA's core business is to drive significant economic impact into the state of Massachusetts. Signing an event in Boston can mean millions of dollars to the enterprises supporting our clients and their attendees. These businesses include everything from the labor required to set up the show floor to the hotel rooms where participants stay and everything in between.

During significant infrastructure upgrades, my advice is to know when you are over your head and bring in additional horsepower. For example, in our latest Wi-Fi deployment, we needed to use some "wicked smart" (yes, we are located in Boston!) RF engineers. Since my team typically deploys significant infrastructure upgrades every couple of years, we augmented with a deployment team that does 8-10 of these installs per year in similar environments. I don't believe there is ‘rubber stamp deployment’ of wireless in any magnitude that will be successful.  At least I wouldn't bet my career on one.

One of the factors which drives success in the wireless arena is active management of the systems. Unlike traditional wired business networks, external factors come into play.  Everything from RF energy emitted by printing presses brought into the facility for a publication show, rogue access points set up to allow remote printing in an exhibit booth, to nefarious folks looking to disrupt an event by bringing in Wi-Fi jammers. Since our tech team is not stuck in any kind of cubicle environment, they are truly in the trenches with our clients, exhibitors, and attendees. This makes them beholden to the same network that they support. 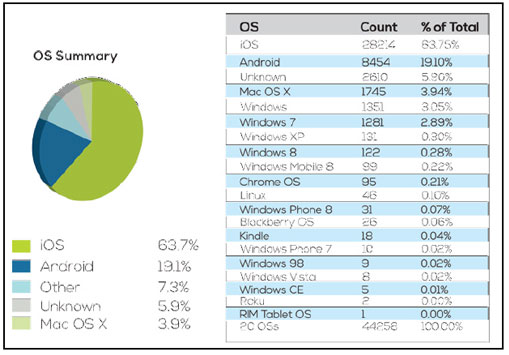 Our technology portfolio and, more importantly, our wireless platform must perform flawlessly.  We have implemented acceptable use policies and procedures allowing us to police our wireless environment. The RF environment quickly devolves from a pristine spectrum to a cacophony of RF signals if not actively managed.

Our toolbox for managing the wireless environment includes spectrum analyzers for hunting rogue access points and finding equipment generating excessive RF energy. We also invest in training for the teams using this gear. Traditional troubleshooting methodologies are still used to deal with infrastructure issues ‘back-of-house’ including fiber, switches, routers, etc. We now rely on some nonstandard tools to help us in the more fluid wireless environment including heat maps (displaying access point saturation) helping to determine where we need to deploy additional access points to augment permanent infrastructure. Another non-standard monitoring tool is social media. If someone is experiencing issues with technology, they are increasingly quick to vent their frustration to large audiences. Our procedure is to monitor social feeds during our events and act on issues as they arise.

What about cellular? When putting 20,000 to 50,000 people into a venue with a footprint of 2.3 million square feet, the local cell companies’ network capacity can easily be devastated. We built a carrier-neutral Distributed Antenna System (DAS) to capture and route this traffic into and out of our facilities on fiber. This DAS wasn't just a nice feature to have, but an absolute necessity to ensure a reliable cellular experience.

Wireless isn't wire free. We have thousands of miles of wire in our facilities supporting wireless. We have invested millions in deploying state-of-the-art systems and made similar investments in our staff to support, manage and maintain this mission critical aspect of our business. Wireless in large scale venues isn't easy; it's downright challenging. But, for anyone up to the task, it can be extremely rewarding!

Hybrid Work Has Forever Changed The Need For It In Ramboll

How T-Mobile brought an Un-carrier approach to tech hiring

Great Expectations: Balancing the diverse needs of a city in a...

"Discovery and Delivery" - An Approach to IT Workload Balance