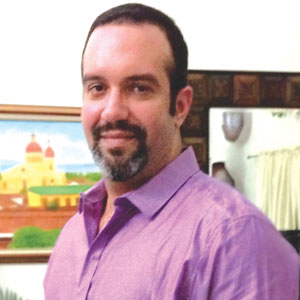 First and for most it is imperative to briefly define what mobile security is and how it may be affecting the end-user. Smartphones, tablets, laptops and other portable computer devices connect to a variety of different networks that can be exposing them to threats or viruses that will attempt to obtain or damage data from your device.

You cannot be careful enough when it comes to securing your information. In present times most of your information is available digitally and having that information exposed to the public can ruin your life and reputation. Android and iOS phones now have the ability to store your credit card information and utilize that information for purchases that you make on a daily basis. You must be really careful to password protect all your information given the fact that it can easily be extracted.

Other personal items like personal pictures must be kept properly secured since malicious software can transmit pictures saved in your mobile device to webservers. This data is stolen and your pictures will now become public domain. If you want to take private photos that you are not comfortable sharing, it is imperative for you to simply make a backup of your data to a device that has no access to the internet like a hard drive or thumb drive.

In most cases it is extremely easy to expose yourself to threats:

Second major concern is application that is installed for example on your smartphones. Most end-users do not pay much attention to the privileges and permissions that an application is requesting. Many applications, specially the free ones will browse through your contacts, browsing history and geolocation which is very valuable data for companies who are trying to market to the end-users and invading their privacy. Remember, many of the applications will run in the background unsuspiciously and the end-user will not be able to detect that they are acting maliciously.

Once again the leakage of data from your devices is a very serious threat. In present days we even store credit card information in our smartphones to make purchases easier. This information can be easily parsed by malicious software and stored into servers for later distribution of this data by cyber criminals.

There is one very sneaky trend of malware that can generate smartphone billing which during 2010-2013 billed the end-users billions of dollars on charges ranging between $5.99 to $19.99 a month for a subscription. Most of these charges were categorized as double opt-in billing where a user would receive a text message subscribing to a service and by replying “YES” they would be accepting the charges. Well, malicious players in the business would introduce applications on your phone that gained permissions to intercept SMS messages and then do a reply on behalf of the user. What this means is that the end-user would have received an SMS but this SMS was never visible on the smartphone, instead it was intercepted by the malicious software and then the software would do a reply “YES” on behalf of that user. In most cases end-users would not pay attention to their smartphone bill and additional charges would pass unnoticed. By the end of 2013 billing through cell phone carrier was banned from the industry to avoid having constant disputes with end-users on unrecognized charges.

Last but not least, it is imperative to understand that apart from misplacing your mobile device or getting malicious software installed, many end-users are victims of theft. It is a common problem among owners of high end smartphones to be vulnerable to the temptation of theft. The device falling into the wrong hands is definitely a threat to the end-user’s security due to the fact that there are many tech-savvy thieves out there looking to take your data and sell it to unscrupulous users.

In summary, a couple of tips to stay safe:

1.Keep your portable devices in a safe place like bag pack or purse that you won’t easily forget.

2.Do not install applications that you might not need, but if you do, be very careful to read what sort of permissions that application is requesting from your phone.

3.Make sure to password protect your devices and on extreme cases have a fail-safe, what this means is program your device to delete all your data after “X” number of attempts.

4.You should always keep a backup of your sensitive data into a device that has zero access to the internet.

I hope you had enjoyed this article and that it serves you to understand how to protect yourself in this modern world of mobility.

THE CHALLENGES OF CYBER-PHYSICAL SYSTEM SECURITY

How to Build an Effective Content Strategy Others Will Envy

A Collaborative Approach to Wealth Management